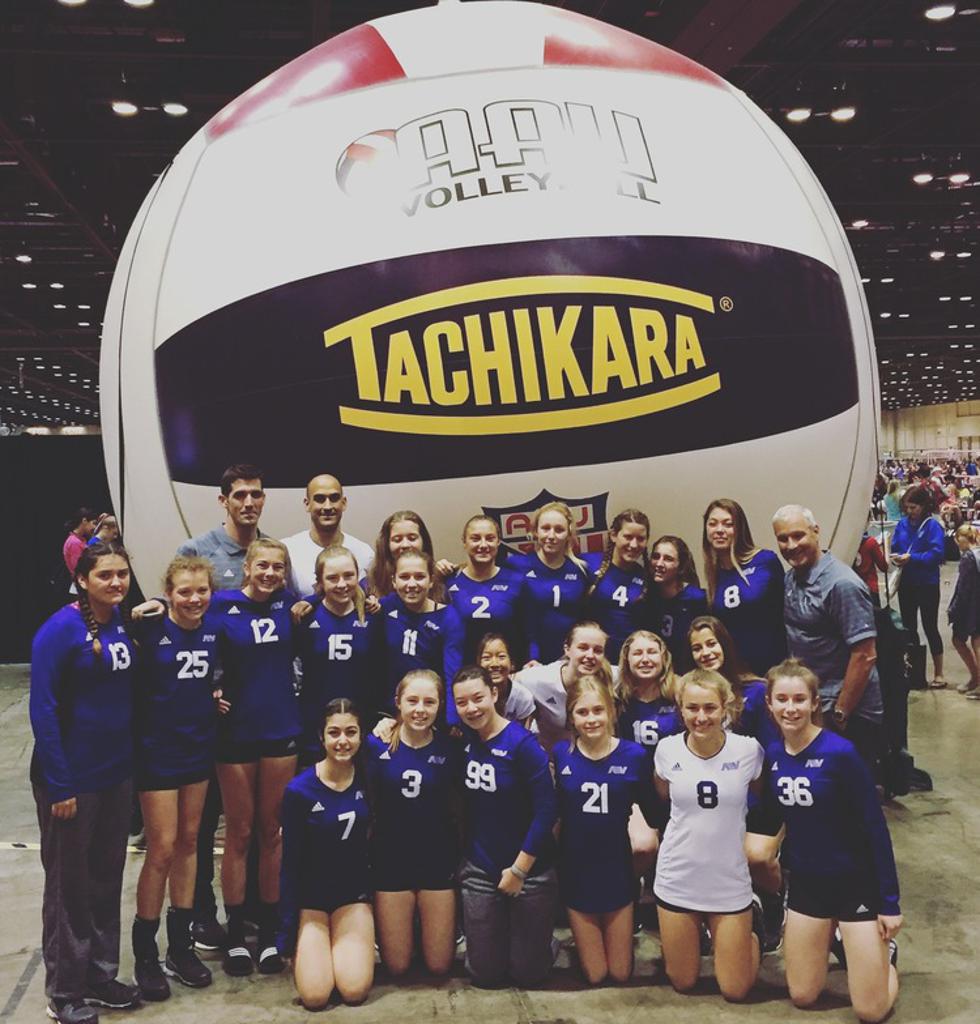 Following are a few post-season highlights:

14-Purple team had a breakout performance at AAU Nationals, making it into the top 8. Our players came together as a team and competed at a high level throughout the tournament, a direct result of the work put in the gym all season long.  14-Purple was knocked out in the quarters by eventual silver medalist Palm Beach Juniors who at the time were undefeated.

18-Purple had an incredible run at AAU, breaking into the top 16 in the Open Division in what was arguably the toughest tournament of the year for the 18s age group.  The team had big wins over Club One (Arizona), A5 Mizuno (Atlanta), and Forza 1 North (Southern California).  18-Purple eventually got knocked out by a tough K2 (Tennessee) in a three game battle ending 15-12 in the 3rd.

17-Purple finished 5th at USAV Junior Nationals Open Division with an overall record of 7-2.  Prep Volleyball called this division the hardest and possibly most wide open of all as there were at least 15 teams that were good enough to compete for a medal.  17-purple finished second in pool with a 4-1 record which included big wins over Aspire (Arizona) and Houston Skyline (Texas), and dropped only one match to one of the toughest teams in the country in Encore with scores of 23-25, 25-23, 15-13.  During second round of pool play, 17 Purple finished first with huge wins over long established clubs A5 Mizuno (Atlanta) and Colorado Juniors. Facing a tough Sky High (Illinois) in a round of 16 match, 17 purple moved on after dropping game 1 and being down in the middle of game 2 in a tightly contested three game win.  Unfortunately in the quarter finals, 17-Purple ran into a red hot Houston Juniors (Texas) and lost a close match.

16-Purple had a great showing at USAV Junior Nationals American Division finishing with an overall 8-2 record.  The team competed hard the entire tournament, finishing the first round of pool play with a record of 5-2.  Unfortunately there was a five way tie for first place! Only three teams moved on for medal contention.  USAV format does not play out tie breaker for pools of eight teams, so our team was knocked out of a medal contention based on goal average.  It was tough news for the players, but they picked themselves up and finished the tournament strong with three wins and no losses and winning out their flight division.